You are here: Home1 / Blog2 / News3 / Board and Staff4 / Make Real Change: Submit Your Nomination for the ICEA Board of Directo... 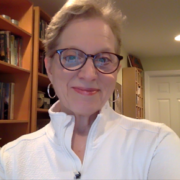 As we approach the close of another Board Nomination cycle, (and as someone who resisted her current role as President-Elect for two years), I thought it would be nice to talk about Board Service: what it means to me, and why you might consider joining this circle of leadership.

I first joined the ICEA Board as a Director-at-Large because, frankly, I had some issues with the way things were being done. I felt my only good option would be to get on “board” and try to effect change from within. I started helping the Marketing Director and I felt a sense of freedom and creativity I hadn’t experienced in a long while. We worked together on an assortment of ideas, and when she unexpectedly decided to resign her position, I moved into the role of Director of Marketing. It was exhilarating to see my ideas come to life in the real world.

Later, I was offered the position of President-Elect, which I initially declined, hoping someone better than or different from me would take the spot. A year and a half later, the job was still open. I realized that I had a vision for ICEA’s future that I was eager to help usher in. Change doesn’t happen in a silo… its not about one person its about the collective energy of each one.

I’ve been honored to lead two committees this year and the dedication, creativity, intelligence, laughter, and camaraderie I experienced  was beyond anything I ever expected. It has been remarkable, and I am so energized for what’s ahead.

I see our next Board filled with people who have passion, innovative ideas, deep expertise and diverse backgrounds. People ready to work together to make things happen.

This is more than just a title or a seat to keep warm. This is a place you can make real change! And leave your mark on the profession you love.

I hope you will join our community of leaders.

Feel free to reach out if you’d like to chat through any questions or concerns: dena.childbirth@gmail.com

Board Nominations close on June 30. Check out the great benefits you will receive as a board member and submit your application today.

Letter of Support for Doulas

A Note From the ICEA President | Hope, Love, and Healing
Scroll to top