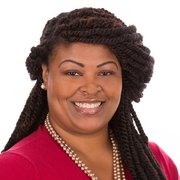 Black Lives Matter. These three words have been viewed, chanted, written, and read globally more over the last few weeks than they probably have over the last several years. Companies and organizations everywhere have taken a stand and shown their support of the movement through issuing statements to their direct audiences and communities. While these statements are strongly desired by the public and needed for the Black community, the action behind them is even more important. First, in order to fully execute the action behind the statement, we must understand the experiences that started the movement. The horrific deaths of Rayshard Brooks, George Floyd, Breanna Taylor, Ahmaud Arbery, Eric Gardner, Trayvon Martin, Sandra Bland, and so many others only show a sliver of racism that Black Americans face on a daily basis. I am a Black woman who is married to a Black man and raising two Black girls and two Black boys. While I wish I could tell you that I’ve never experienced racism firsthand, I can’t. I remember being called a racial slur in high school by a white male classmate. I have applied for and been well qualified for different positions only to be bypassed by a white male. I have sat in boardrooms in the midst of conversations stating there was a need for more diversity in the leadership and have someone say, “We have Katesha.” I’ve had to conform to my environment while attending predominantly white schools and working within predominantly white organizations. It has not been easy, but I did it because I thought that was what I had to do. My big natural hair, big personality, and black skin are not accepted everywhere and that is the unfiltered truth. My husband has been called racial slurs and had guns pulled on him at various truck stops all while driving the company truck and wearing a company uniform. My youngest daughter was told by a classmate while playing house at a birthday party that she could serve the other little girls. She was the only girl of color at the party. As a mother, I am fearful for my children. I would love to keep them in a safe bubble and protect them from those that do not respect their skin color nor value their lives, but again, I can’t. It’s heartbreaking that my husband and I will have to sit down and have several conversations with our children instructing them on how to conduct themselves with police officers, how to dress, how to speak, etc, just so they can preserve their lives. As a wife, I am scared that one day I may get that dreadful call that leads to my husband becoming another hashtag. This is my reality of being Black in America and it is simply not fair. Racism does not care about your age, stature, nor qualifications. It rears its ugly head in every aspect of life, but that does not have to be the case. As the Executive Director of ICEA, along with the Board of Directors, I hope to be an agent of change. I not only want to get the conversation started among the ICEA community, but also put plans in place that execute the mission of the organization and stand behind our statement on racial disparities. Those plans include hosting a listening session with the ICEA leadership to hear the heart and concerns from the ICEA community. Additionally, I look forward to ICEA forming the Diversity, Inclusion & Equity Committee and the great work that will come from it. I am not here to “push an agenda.” I’m here to advocate for equity. We must continue to move in a direction of a more diverse, inclusive, and equitable organization from the top to the bottom. While we are starting here with the Black Lives Matter movement, this is not where we will end. Saying that we support our community of Black certified professionals does not mean that we do not support others. As an international organization, it is our duty to represent women of all races and to take a stand when one is being targeted. Addressing the global challenges of diversity, inclusion, and equity will improve birth outcomes for all families. ICEA is committed to doing the work to make this possible.