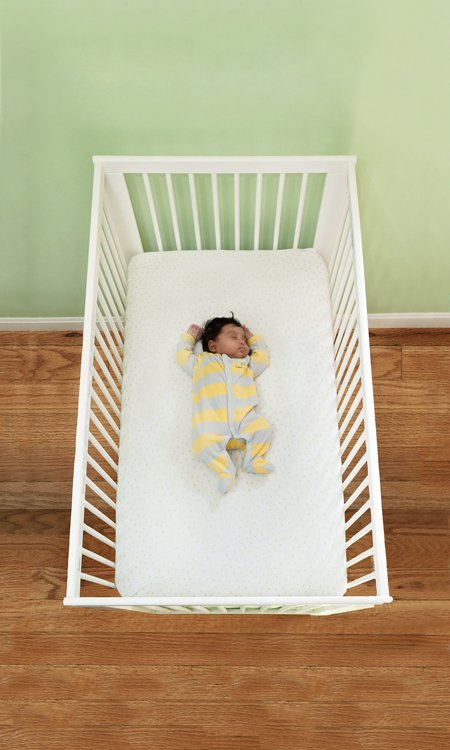 October is Sudden Infant Death Syndrome (SIDS) Awareness month and a time to take a fresh look at how we can educate parents and caregivers on reducing the risk of SIDS. According to the Center for Disease Control and Prevention (CDC), about 3,500 infants died in the United States in 2014 of Sudden Unexplained Infant Death. (SUID). SIDS is the sudden death of an infant less than 1 year old that cannot be explained after a thorough investigation that includes a complete autopsy, examination of the death scene, and a review of the medical history. This is the most commonly occurring unexplained death of infants Another definition to be aware of is Accidental Suffocation and Strangulation in Bed (ASSB) which is the sudden death of an infant less than 1 year of age that can happen because of:

The original Back to Sleep campaign has been updated by the CDC and the National Institutes of Health to become the Safe to Sleep campaign. The campaign works hand in hand with The National Action Partnership to Promote Safe Sleep (NAPPSS) and other organizations to bring awareness to and provide education on SIDS and ASSB prevention. Current research supports the following recommendation for SIDS risk reduction:

Absent from many of the messages is encouraging mothers to breastfeed, which confers a 50% risk reduction of SIDS, and an even stronger protection if the mother is exclusively breastfeeding. Recognizing that the sleep separately message can be confusing or difficult for breastfeeding mothers, the United States Breastfeeding Committee and NAPPSS worked with the American Academy of Pediatrics to develop a more “breastfeeding friendly” safe sleep message. On October 24, 2016 the American Academy of Pediatrics announced their Policy Statement: SIDS and Other Sleep-Related Infant Deaths: Updated 2016 Recommendations for a Safe Infant Sleeping Environment. The following recommendations were given supporting the updated policy:

Teaching points for prenatal or postpartum education on safe sleep include:

ICEA recently updated our Position Paper on Safe Sleep which is available on our web site.

https://pediatrics.aappublications.org/content/early/2016/10/20/peds.2016-2938 Centers for Disease Control and Prevention . (2015). Sudden unexpected infant death. Retrieved August 20, 2015, from https://www.cdc.gov/sids/aboutsuidandsids https://awhonn.files.wordpress.com/2015/10/tips-for-nurses-teaching-safe-sleep-in-the-hospital-setting.pdf Pease AS, Fleming PJ, Hauck FR, et al. Swaddling and the Risk of Sudden Infant Death Syndrome: A Meta-analysis. Pediatrics. 2016-05-09 00:05:32 2016. McKenna JJ, Gettler LT. There is no such thing as infant sleep, there is no such thing as breastfeeding, there is only breastsleeping. Acta Paediatr. Aug 21 2015 Carpenter R, McGarvey C, Mitchell EA, et al. Bed sharing when parents do not smoke: is there a risk of SIDS? An individual level analysis of five major case–control studies. BMJ Open. January 1, 2013 2013;3(5)