A Note From the President | I Want to Change the World 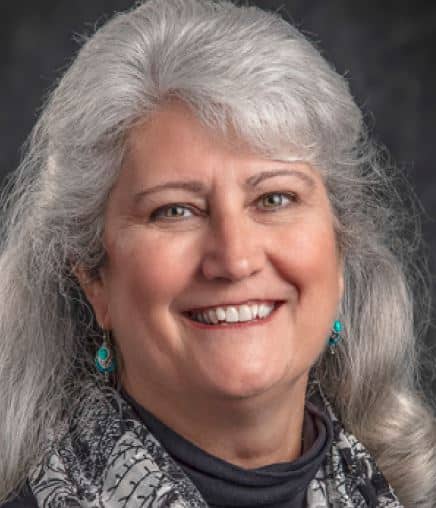 I want to change the world. It sounds a bit arrogant, doesn’t it? To think that an ordinary person like myself could make a significant difference in the world takes a bit of hubris. At the same time I am reminded of the saying, “It is better to attempt to do something and fail, than to attempt to do nothing and succeed.” I want to change the world by making birth a healthier experience (both physically and emotionally) for women and their families. I began my journey into birth work as a young mother. The birth of my first child was life-changing for me. I had a wonderful experience and wondered why so many women could not say the same. It motivated me to become a childbirth educator. Shortly after I achieved that certification, ICEA launched the doula program. Because several people in my childbirth classes asked me to accompany them during their births it made sense for me to pursue certification as a doula. Several years later I attended a 45-hour breastfeeding course to earn my CLC (Certified Lactation Counselor). Eventually I earned my RN and even took some midwifery courses. In 2011 I became an IAT (ICEA Approved Trainer). And now, I’m writing this as President of ICEA. It astonishes me to consider how I have come to this place in life. Twenty-five years ago, I began teaching classes as a newly certified childbirth educator. Over time I added to my education and experience, but I have never held an impressive job title or an advanced degree. I share this because I believe that everyone (regardless of academic achievement or job title) has a part to play in changing the world. Those things may open some doors, but they are not necessary to drive change. The need is great. Recently The Lancet published a series of articles on the continual climb of the global cesarean rate. National Public Radio (NPR) and other news outlets have cast a spotlight on the rising maternal mortality rate in the US. Around the world the incidence of traumatic birth continues to wreak havoc in the lives of women and their families. Change is needed. At the ICEA conference in April 2018 Debra Tolson (our immediate past President) announced ICEA’s endorsement of the International Childbirth Initiative (ICI). This document sets the standard for healthy birth practices. ICEA is currently in the process of developing a program that will not only teach these twelve steps, but facilitate change by bringing together a variety of stakeholders interested in improving birth practices. Last November I led childbirth educator and birth doula workshops in South Africa. While there I read the following statement: “He who believes that something small cannot make a difference has never spent the night with a mosquito.” When I began this work, I was just a mom with a dream for helping other women have positive birth experiences. I had no qualifications other than a desire to help and a love for families. I persistently took small steps in that direction. I like to think that I made a difference in individual families’ lives along the way. As President of ICEA I hope to expand that sphere of influence – not so much by what I do myself but by encouraging and supporting you in your work. Thank you for what you do – teaching families and supporting them during birth and throughout the postpartum period. When each one does their part – no matter how large or small – it makes a difference. One birth at a time, one family at a time – we can and will change the world.