A Note From the ICEA President | Hope, Love, and Healing 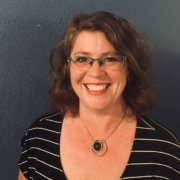 I just returned from my nephew’s Make a Wish Trip.  He has muscular dystrophy and is starting to lose muscle making it harder for him to get around.  His wish trip was granted now so that he would be mobile for it. He chose to go to Walt Disney World (WDW).

WDW Wish Trips are set up so that the families stay at a place called Give Kids the World. I was allowed to go on the trip because my nephew doesn’t have any siblings, so he was allowed to take a friend/ride buddy. He picked me. I am his aunt, his Godmother, and most importantly, his “fairy godmother.” Everyone knows that Aunt Liz is the fun aunt. Truly though, it was an honor that I was allowed to tag along. Because my life is so hectic, I didn’t really research any of the parks or the resort. My sister had told me to look up the resort but I never did. I was just along for the ride. Once we arrived, I was in awe of what can happen when hate is turned to love.

Give Kids the World was founded by a man, Henri, who had survived the Holocaust. He was 13 when he along with his twin sister and parents were forced into a concentration camp. His parents were both killed but through many miraculous events, he and his sister survived. Survived, a word that means living or continuing to exist despite hardships or danger. No one can experience such horrendous treatment and not be impacted. Henri held a lot of anger after his release. He described this anger as hate towards anyone who was German or wore a Nazi uniform. One day he ended up in an encounter with a very young German soldier. He cornered the soldier and began threatening him to the point that he had his hands around the soldier’s neck and planned to kill him. It was at that point that something clicked and he decided that he couldn’t live with the hate and continue that cycle. He made the decision to turn hate to love and go forward in life bringing good where he could. Many years passed and a lot of decisions he made led to Henri becoming very successful in the hotel industry. These events led to his creating Give Kids the World.

Owning many hotel chains, Henri was asked if one of his hotels would host a family whose daughter had terminal cancer. Through a Wish Program, she had asked to meet Mickey Mouse. Henri readily agreed to have the family stay at the hotel close to Walt Disney World. When he called to check on the stay for this family he was devastated to find out that the young girl had passed away before her wish could be granted. It can take 6-8 weeks to get a wish granted; part of the issue frequently being hotel stay. Henri didn’t want this to happen again so he put all his energy into creating a resort where terminal or medically fragile kids could stay during a wish trip. He wanted a place where kids could be kids and families could have a brief but needed respite from the challenges of having a sick child. He wanted to create a place that could bring back a childhood because he lost his due to the Holocaust. He found a way to bring love from hate. Healing from trauma.

Hopefully you stuck with my long story that leads up to my point, the world is filled with trauma and tragedy. In our profession we are in a place of hope, love, and healing. Some days I forget that as I go about my “tasks.” Other days, I am reminded that I have an opportunity to be a source of love and light for so many families. When we remember that our job/career is really a calling we receive so much from those we serve.

As we teach, support, and serve our families, think about how you can bring a little love; a little joy to those who have experienced inequities through race, gender identification, socio-economic status or any other life events. The care, concern, and compassion are felt and help with healing.

June is Pride month! So as I conclude, I want to recognize those who have been brave enough to bring to light the importance of including and holding space for those who identify as LGBTQIAA+ and those who are allies. Every family deserves the respect and support that helps with the transition to parenthood. Little steps lead to incremental change in supporting all families.